Tips on Eating Vegan on a Student Budget 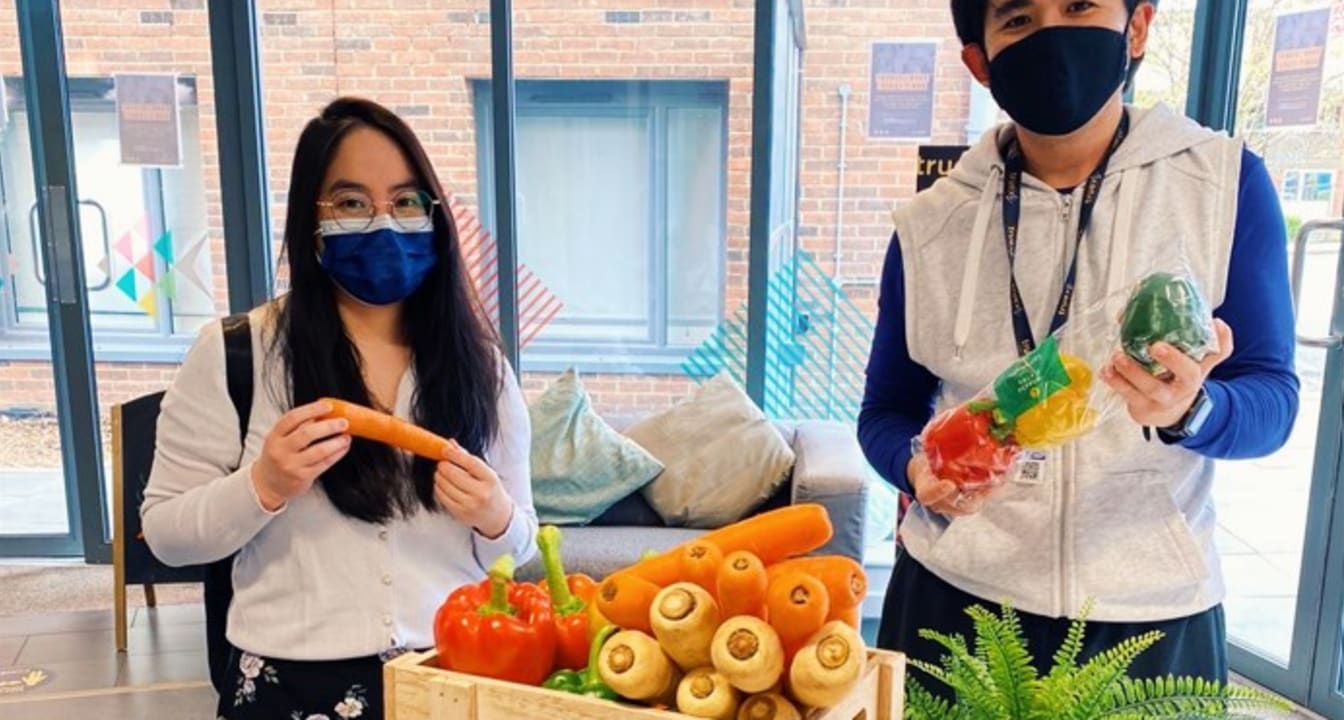 In celebration of World Vegan Day, we enlisted Get Vegan to give our students some tips on eating plant-based on a student budget.

If you're a vegan on a tight budget, living in an area where fresh produce is hard to come by, or just looking for some ideas on what to eat as a vegan college student, then this blog post will be perfect for you! In this article, I'll give my top tips on how to save money and eat well as a vegan college student. Not only do these tips apply to vegans but they also work for anyone who's trying to cut down their grocery bill without sacrificing flavor.

One of my favorite ways to save money is by shopping at bulk stores. Although you may have never heard of them, they are becoming increasingly popular all over the UK. These retailers offer an extensive selection of dried goods and spices for a fraction of what commercial supermarkets charge! It's also a great way to reduce waste since you only buy what you need.

You may think that buying from a market is more expensive than going to the supermarket, but that's not always true. Many markets sell local produce straight from the farm at a fraction of what you'd pay in a regular store! Not only will it be cheaper, but it'll probably taste better too since they haven't been sitting on shelves for days before being sold.

Since going vegan, I've found it's become much easier to make my own meals rather than buying them. There are so many quick and easy vegan recipes for things like pasta, cupcakes, and stir fry that take no time at all! You can find tons of these kinds of recipes online or by simply looking through a cookbook from the library. Here’s a list of some of the best vegan cookbooks.

Moreover, I've found that making my own food is not only cheaper but more convenient too. I don't have to worry about whether or not the ingredients are vegan because they're all made of plant-based ingredients!

Beans are one of the cheapest, healthiest foods you can buy. Not only will they keep your body working at its maximum potential but they're also incredibly filling! All you have to do is soak dry beans overnight and then cook them until tender in the morning. You'll be able to use these delicious legumes for things like burgers, chili, and even soup!

Tip 5: Organize Potlucks instead of eating out

Although it's cheaper to cook food from scratch, going out for a meal is still an important part of living in university. Instead of having your friends drive across town just so you can all eat together, why not try organizing potlucks instead? Everyone brings their own dish and at the end, you're guaranteed to have tried something new! You'll save money and still get to socialize with your friends.

Processed foods are not only unhealthy but they're also bad for your budget! Not only that, but many of them aren't vegan-friendly either so you'll have to spend even more money on alternatives. When it comes to eating healthily and cheaply, processed food is one thing you should cut out completely because the benefits far outweigh any potential savings.

Tip 7: Use spices instead of buying expensive sauces

A simple way to spice up your meals is by adding a few spices or herbs. They don't cost that much and can give any dish an exciting new flavor! This tip not only works for vegans but anyone looking for ways to save money on food while still enjoying what they're eating.

You may think that oatmeal is bland and boring, but you're wrong! All you have to do is add a few spices or some fruit into the mix for an exciting twist on your morning routine. Oats are cheap, healthy, and filling too so there's no reason not to give them a try if you never have before.

Tip 9: Make your own vegan cheese

We all love vegan cheese, but it can be pretty pricey, especially if you're having a craving for something specific. Luckily there are vegan cheese recipes out there that anyone can make! All you need is some cashews, nutritional yeast flakes or powder, apple cider vinegar, and salt to get started on your own batch of cheeze sauce!

Tip 10: Eat leftovers throughout the week

When you cook meals for yourself, it's easy to end up with piles of leftovers that will just go to waste. Instead of throwing them out though, why not eat them throughout the week? This tip works especially well if your schedule is hectic and you don't have time for cooking every night.

If you're a vegan student on a tight budget, don't worry! There are plenty of ways for you to save money and still eat healthily. Not only will these tips help you cut down how much food costs but they'll also teach you valuable skills that will make it easier for your bank account in the long run. From cooking beans from scratch to organizing potlucks or learning to love oatmeal, there's something here for everyone looking for creative ways to keep their grocery bill low while eating healthy as well as tasty food.