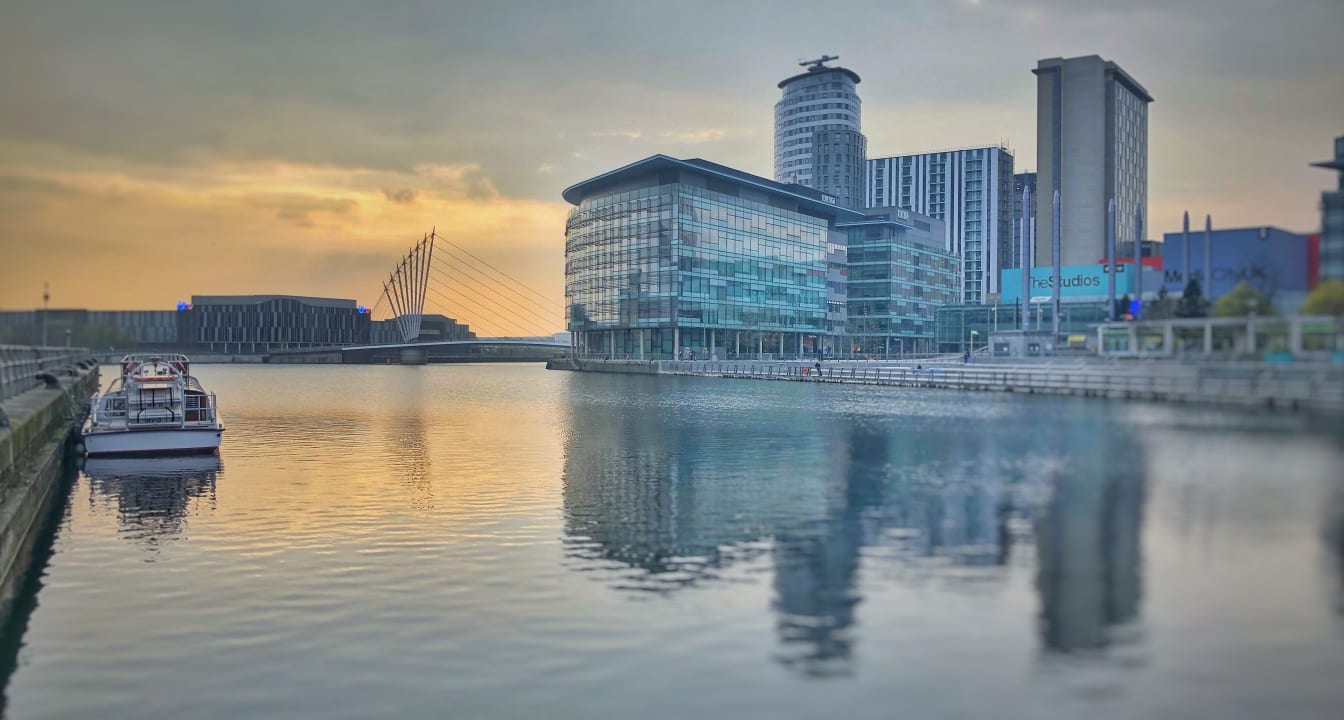 If you’re just beginning to look for your perfect university or you’re all set on Salford but want to know what to expect, our student guide to Salford covers everything to get you off to a running start.

Located just outside of Manchester, Salford gives you the perfect location to take advantage of everything on offer in Manchester whilst also getting the green spaces, mix of lively and peaceful bars and beautiful Quays that come with the up and coming location of Salford.

If you choose to move to Salford to carry on your studies, not only are you opening yourself up to a great lifestyle but also a choice of three outstanding universities. First up is Salford University, right in the heart of Salford and made up of four sections: the School of Arts and Media; the School of Science, Engineering and the Environment; the School of Health and Society; and Salford Business School. What’s more, if you choose Salford University all the amenities will be right on your doorstep, from the library and study areas to laboratories and recording studios.

Salford itself has an abundance of bars, including those set on the Salford Quays where you can also find restaurants to dine in on the waterfront. Or, if you prefer you’re within easy access of Manchester where you can choose from the Northern Quarter which still boasts ample independently owned bars. You can explore Deansgate Locks where the bars are positioned in the railway arches or Canal Street which makes up the area more commonly known as ‘the gay village’.

If live music is more your thing, you’ll be spoilt for choice in Salford and Manchester. From up and coming artists in intimate venues such as Jimmys in the Northern Quarter, Eagle Inn in Salford and the iconically named The Deaf Institute, to seeing some of the largest names in the music industry at locations such as Victoria Warehouse and the O2 Apollo. There are also gigs held at Heaton Park throughout the summer and not forgetting Parklife Festival held every year just 15 minutes from Salford.

Salford is known for its beautiful grass areas, including Peel Park which is popular for walks, picnics and exercising dogs. The park also boasts a football pitch, floral features and two sculptures of the Irwell Sculpture Trail. The park is positioned close to the university and just a 20 minute walk from true Salford. Other parks to explore in Salford include Clifton Country Park, Blackleach Country Park and Kersal Wetlands.

As well as great nights out, during your time at Salford there are some places you just need to visit. Media City is one of the most famous places in Salford, known for being the home of BBC. There's always a great atmosphere and you can also visit the restaurants, cafes, cinemas and shopping all located here. The Lowry is also a must-visit, an impressive building with two theatres, studio space, art galleries and more, located on the Quayside. Over your time in Salford, you should also pay a visit to the Salford Museum and Art Gallery, The Quays and Ordsall Hall.

Whilst Salford itself is relatively small to walk or cycle around and access the universities and local bars, there’s still plenty of options for transport if you require it, and it’s great if you decide to venture into Manchester.

There’s a train station in Salford which has easy access to the major cities across England, making it great for when friends and family come to visit or you want to head home for Christmas or other holidays. You can also get a quick train which takes just minutes directly into Manchester from Salford station which is great for those either studying in Manchester or heading for a night out here.

The bus and tram system is regular and reliable to get around Salford, and can also be used to get into Manchester. If you prefer, there are also many taxis throughout the city.

For international students Manchester Airport is right on the doorstep and flies to an extensive list of countries, including long haul and connecting flights.

true Manchester, Salford is well-positioned for an easy commute into Manchester but also located to make the most of everything Salford has to offer. The vibrant bars and restaurants of Salford Quays, as well as Media City, are all just a short walk away, whilst both Peel Park and Old Trafford can be reached in just 20 minutes on foot.

But more than that, true Salford offers state-of-the-art facilities with everything you could want and need from student accommodation. From private rooms to shared halls, true Manchester, Salford has you covered. Not forgetting the extensive list of facilities on offer, including sky lounges, study zones, an onsite gym, festival zone, picture house, a full events calendar and so much more! When you stay with true Manchester, Salford you can be confident we’re always on hand to help you in any way we can.