7 Reasons to Study in Liverpool 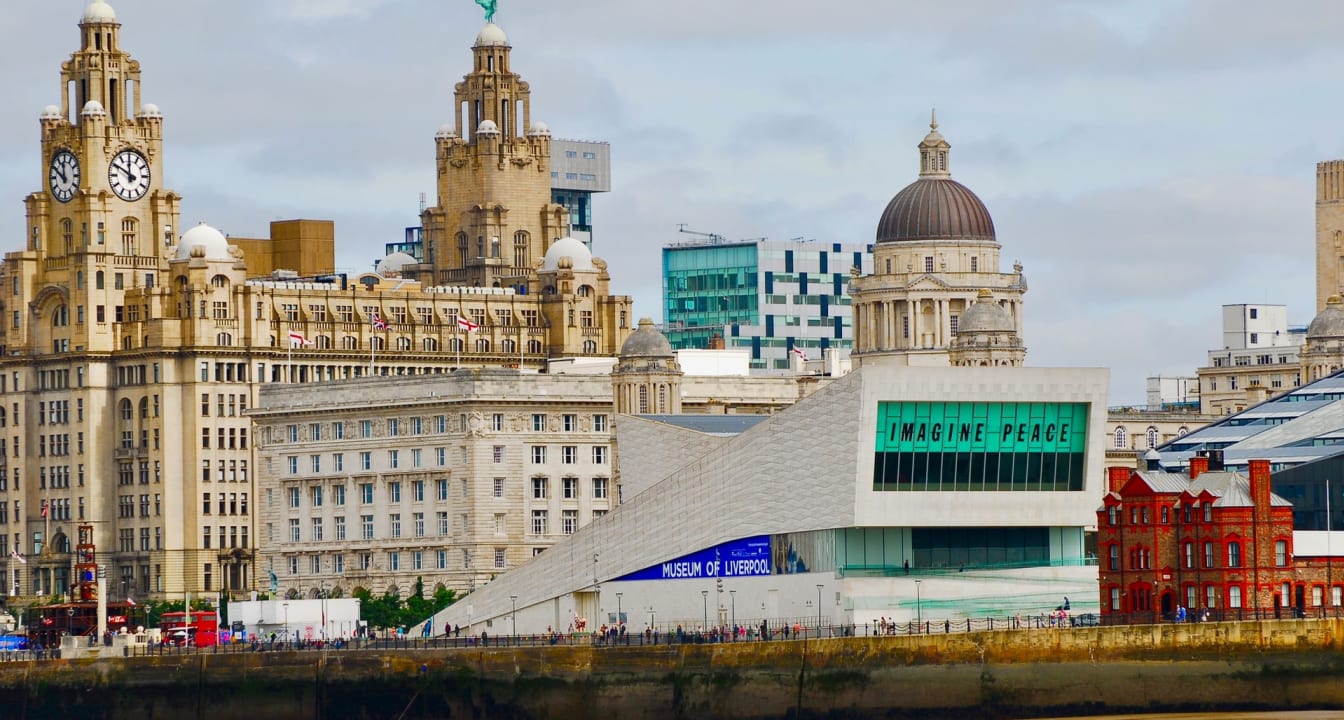 Reasons to Study in Liverpool

Honesty, passion and fierce independence, Liverpool is a city that is brimming with character. If you’re considering which UK city to study in next year, then you can’t go wrong with everything that Liverpool has to offer. The city was put on the map by world-class football and musical heritage, but beyond what you may know there’s always something going on in Liverpool, and there’s plenty more to discover.

There are 4 main universities in Liverpool to choose from: The University of Liverpool, Liverpool John Moores University, Liverpool Hope University and the Liverpool Institute for Performing Arts, making it a city that is very welcoming of students.

Liverpool Institute for Performing Arts: A specialist performing arts university, LIPA has the Beatles’ own Paul McCartney as a patron who claims it’s one of the best performing arts schools in the world. The university aims to create an environment to be creative, experiment and succeed.

Safe, friendly, and affordable, the multicultural city of Liverpool is as vibrant as it is welcoming. In comparison to other major cities in the UK, Liverpool has a reasonable cost of living, making it very student-friendly. Here is just some of what you can expect from your stay in Liverpool:

A City of Football: UK cities are passionate about their football and Liverpool are some of the most passionate you’re likely to find. The city boasts two Premier League football teams that are just the length of a park away from each other. Liverpool regularly welcomes Champions League football too, meaning there’s always a big match feel in the city.

A City of Music: When the Beatles took over the world, they put Liverpool and the music the city made firmly on the map. You can visit the Cavern club where it all began to experience one of their regular live acts. Liverpool is recognised as a UNESCO World City of Music and hosts numerous music festivals. The city is also home to the world-class Royal Liverpool Philharmonic Orchestra.

A City of Culture: It’s not just music where the city excels either, Liverpool boasts the most museums and galleries in the UK outside of London. This gives it a thriving and ever-changing arts and culture scene.

A City of Shopping: Beyond its history, Liverpool is an ever-evolving modern city with plenty to offer those who love to shop. The Liverpool One area provides everything you need to shop till you drop!

A City of History: Liverpool is a historic working city, which has led to the character that oozes from the place and its people. With over 800 years of history to explore from its UNESCO World Heritage waterfront to the Liver building, there’s plenty to discover about Liverpool's past.

A City of Nightlife: Liverpool has a purple flag accreditation that means the city is a safe place for a night out, and boy do the people in the city love a night out. There are pockets of activity throughout the city, from lively Concert Square to the Cavern Quarter, to Seel Street and the Baltic Triangle. There are swanky cocktail bars, dive bars, live music venues and food halls to be discovered with your new friends.

A City of People: Ask anyone who has been and they’ll tell you it's the people that make Liverpool. The friendly, welcoming, laid back ‘Scouse’ attitude and accent simply cannot be replicated anywhere else. Liverpool regularly ranks highly on ‘kindest city’ and ‘friendliest city’ polls, a Liverpudlian will always give you the time of day and make your stay in the city a memorable one.

As a major UK city, Liverpool has fantastic travel connections, with Liverpool John Lennon International Airport welcoming visitors from all over the world, to two train stations that open up train travel to the rest of the UK with ease. For this reason, Liverpool is a popular choice for domestic and international students.

With bills-included shared apartments and private suites, you can choose to stay with other students or on your own, meaning there’s a room for anyone at true. Both our suites and apartments have access to on-site facilities and shared social spaces, including our cinema room, festival zone, regular social events and more.