7 Reasons to Study in Glasgow 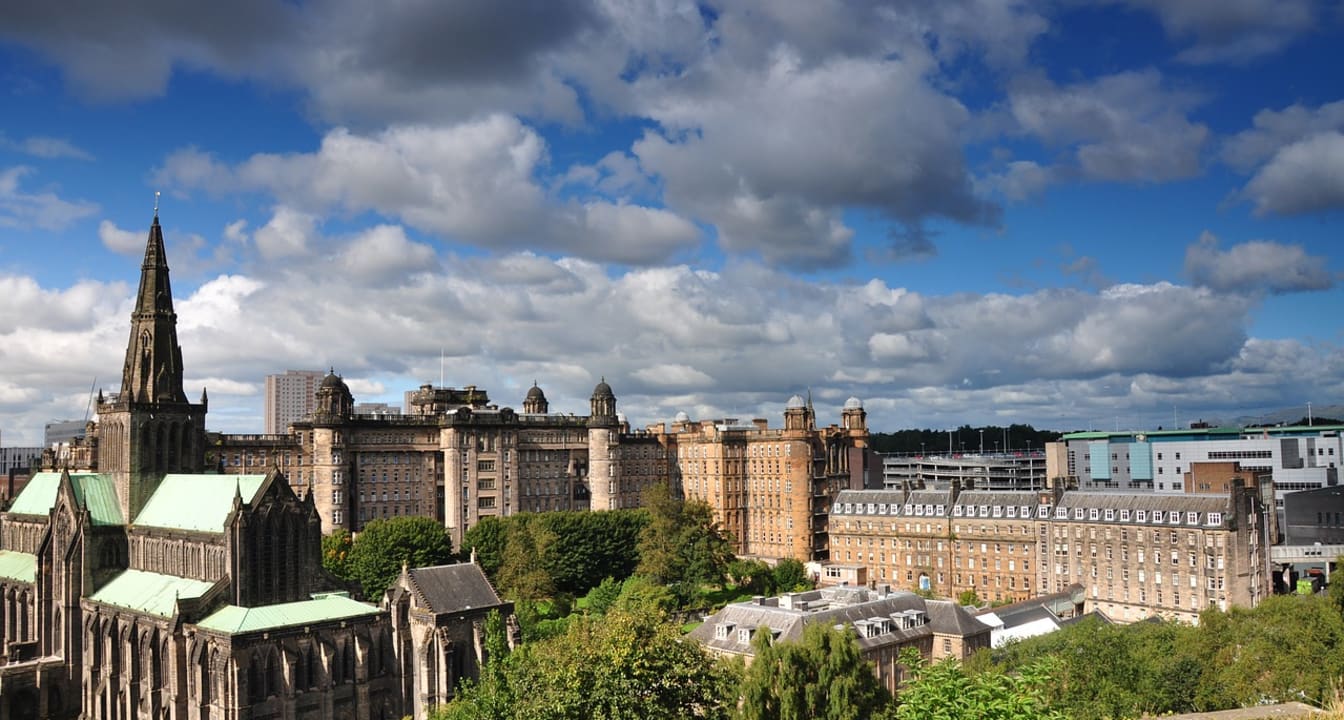 As the most populous city in Scotland, known for its nightlife, diverse architecture and infamous football rivalry, Glasgow has plenty to offer any student who chooses this Scottish city as their residence whilst they study.

There is way more to discover than we could ever fit into a singular blog post, however, read below our round-up of the top 7 reasons to study in the world’s friendliest city, Glasgow.

7 Reasons to study in Glasgow

1. History: Let’s take it back

Glasgow Cathedral is the oldest cathedral in mainland Scotland and the oldest building in Scotland, so this piece of history should be at the top of your Glaswegian bucket list. The church was built for the patron saint of Glasgow, Saint Mungo, and his tomb is in the lower crypt. Glasgow Cathedral is the pinnacle of Scottish gothic architecture and the birthplace of the University of Glasgow, as the first classes were held here. Combine this with buildings from the 17th and 18th centuries, parks and cultural amenities, such as the Scottish Ballet, the Royal Scottish National Orchestra, the Scottish Opera and Kelvingrove Art Gallery and Museum, this is a city enriched with history and culture.

As the birthplace of rock and roll legends AC/DC, and more contemporary artists such as Lewis Capaldi, Glasgow has firmly left its footprint on the music scene. Featuring a number of orchestras, live music venues such as the Glasgow Royal Concert Hall and the infamous King Tut’s Wah Wah Hut (where Oasis were discovered FYI), there is no limit to the number of genres you can listen to across this musical city.

3. The show must go on: Theatre

With an abundance of theatres such as: King’s Theatre, The Pavilion Theatre and Theatre Royal Glasgow, just to name a few, there is no shortage of performances to watch whilst living in Glasgow. Glaswegian theatre alumni consists of stars such as Gary Oldman, Pierce Brosnan and is the city of origin for ex-time lord’s David Tennant and Peter Capaldi.

Glasgow has deep roots with football, the world’s first international football match was held in Glasgow in 1872 (Scotland vs England 0-0). Much closer in proximity, are Scotland’s biggest and most successful teams: Rangers and Celtic, with a rivalry dubbed ‘Old Firm’ that is deeply embedded in Scottish culture as it stems back to political and religious divisions. Rugby fan? The Glasgow Warriors play in the European Rugby Champions Cup, with other Glaswegian teams in the Scottish League. Also hosting the oldest swimming club in Glasgow, Arlington Baths Club, and the only professional basketball team in Scotland, the Glasgow Rocks, it’s fair to say this city has something for every and any sports fan.

5. No car? No problem: Transport

The city that just keeps on giving, Glasgow presents another impressive feat as having the third oldest underground metro in the world, opened in December 1896. From a host of bus services to the most extensive urban rail network in the UK outside of London, you can travel this bustling city with ease. Arrive directly into Glasgow with no need for connections, thanks to two international airports (and Edinburgh International also not far) both accessible via public transport, leaving the city is just as easy as getting around it - but why would you want to?

6. Shop til you drop (literally)

Labelled the ‘best shopping in the UK outside London’, Glasgow has an abundance of retail stores for you to browse and spend that student loan. The Buchanan Galleries shopping centre in the centre of Glasgow hosts over 80 stores including Levis, River Island and Starbucks. Also centrally located is the St. Enoch Centre, the largest glass-covered enclosed area in Europe and home to H&M and Superdry, as well as places to grab a bite to eat like Nando’s. Throw in the main 2.1 mile long shopping street Argyle Street, and you can truly shop until you drop.

7. The one you’ve been waiting for: Nightlife

Our final point of why you should study in Glasgow is of course, the nightlife. Glasgow has THE biggest club in Scotland, The Garage, hosting club nights and live music across six rooms and four floors. Whether you’re a clubber or pint-drinker, Glasgow has got you covered with an array of authentic pubs and independent bars to large scale nightclubs. Sounds like a pretty fun bar crawl to us - cheers!

If you’re considering a university in Glasgow, then our Glasgow student accommodation is the perfect place for you to live during your degree. Centrally located, true Glasgow is close to a whole host of the amenities listed above and is ideally situated between all three universities. Alongside the abundance of activities Glasgow offers, our Glasgow student accommodation features a cinema, gym, festival zone - and so much more!