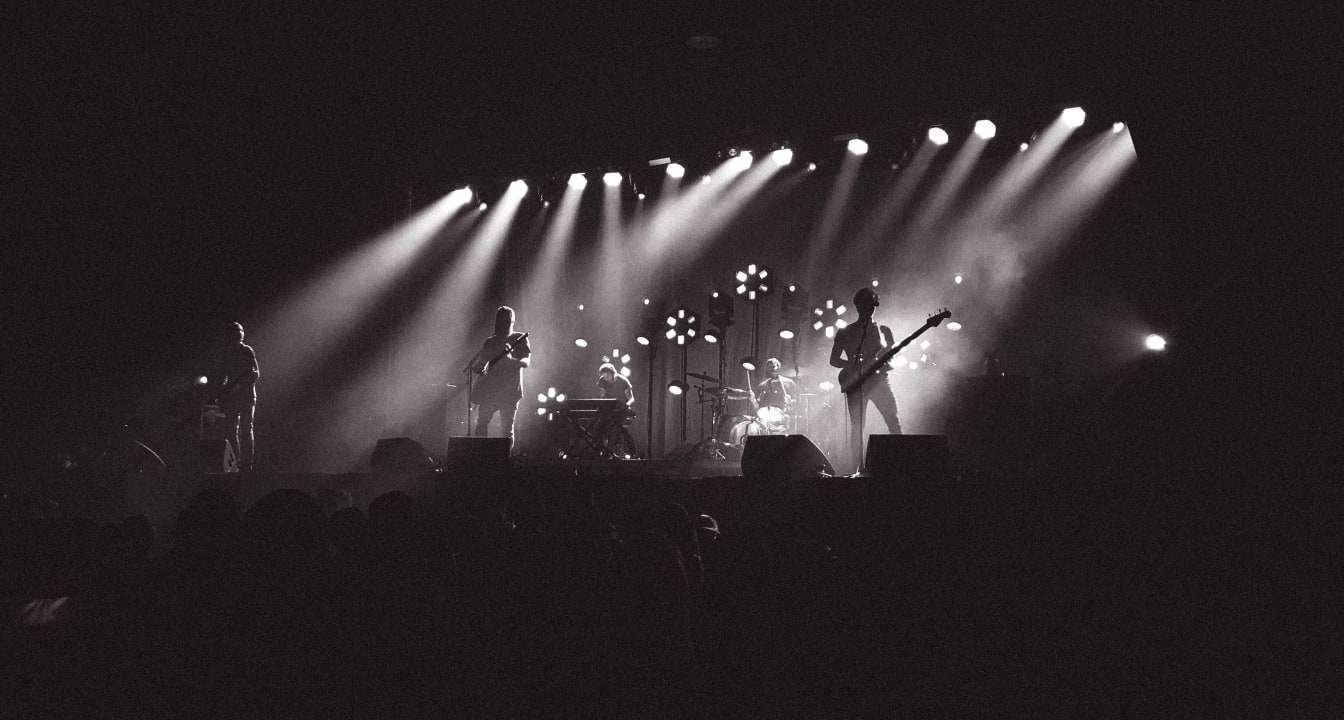 You can’t talk about Manchester or the surrounding towns without mentioning the music. Music was and has always been a way for people to let go, unwind and get away from the trials of everyday life, and it holds a special place in hard-working towns.

If you’re staying with us at our university accommodation in Manchester/Salford then you’ve got plenty of time to explore everything that this historic city has to offer. While many landmarks have been torn down or redeveloped over the years during Manchester’s ongoing modernisation, you’ll still find blue plaques on walls where iconic moments happened, and there are still a few spots left standing that you can visit. If you’re a fan of any Manchester bands, here are just a few of the musical landmarks that you can visit:

Perhaps most famed for adorning the inner sleeve of The Smiths ‘The Queen is Dead’ LP featuring songs such as ‘There is a Light That Never Goes Out’. The Salford Lads Club is a must-visit for any fan of The Smiths to recreate their own version of one of The Smiths’ most iconic photos.

The Salford Lads Club has been hosting activities for local young people for many a year and has a room dedicated to The Smiths that you can visit if you email ahead of time.

While this bridge may not mean much to some, to Joy Division fans it’s a piece of history. Located in the Hulme area of Manchester, not far from Salford Quays is the bridge where one of the more famous photos of Joy Division were taken by photographer Kevin Cummins.

Unfortunately many key Oasis locations such as The Boardwalk, where they played their first gig, or the Canal Bar, where they played the gig that would turn them into icons in the eyes of many, are no more. However if you’re an Oasis fan it’s worth visiting Sifters Record Shop where the Gallagher brothers used to get their music. It’s even mentioned in the song ‘Shakermaker’ in the line ‘Mr Sifter sold me songs when I was just sixteen’. If you’re a music fan, then an iconic record shop is no doubt somewhere you’d like to visit.

The Temple of Convenience - Elbow

‘There’s a hole in my neighbourhood down which of late I cannot help but fall’ one of the iconic lines from Elbow’s ‘Grounds for Divorce’ actually refers to this bar. Located in a former Victorian public toilet it is quite literally a hole in the road on a street where singer Guy Garvey used to live.

Where is the Temple of Convenience?
100 Great Bridgewater St, M1 5JW

Gone But Not Forgotten

As a city, Manchester has changed a lot over the last few decades and many buildings that are legendary to Manchester music fans have either been knocked down or repurposed. Despite no longer being there, their impact on the Manchester music scene is a lasting one and many are commemorated with a blue plaque where they once stood. Here are a few of those locations:

The Boardwalk is known as the place where Oasis made their live debut and somewhere they used to practice. The venue was actually somewhere they played multiple times and was also played by other Manchester titans such as The Charlatans, The Stone Roses and more.

One of Britain’s legendary music venues, the club closed in 1999 and was converted into modern apartments. There is still a blue plaque on the building which is known to draw hardcore Oasis fans for a photo opportunity.

Where was the Boardwalk?
Little Peter Street, M15 4PS

The Lesser Free Trade Hall
The Free Trade Hall still stands in Manchester, but it’s now home to a hotel chain. This building is probably one of the most significant in Manchester music history. It’s famed as the location of the ‘gig that changed the world’ when the Sex Pistols played to a crowd of around 40 people in 1976. The gig itself wasn’t anything that stood out from other Sex Pistols shows, the unique aspect of this concert was that of those 40 people in the crowd, many went on to form some of Manchester’s biggest bands.

It is said that in attendance that day were people who would be inspired enough that they would go on and form The Smiths, Joy Division, The Fall and The Buzzcocks. Talk about influential! There’s no plaque at this location, but it’s worth snapping a photo to say you visited a piece of music history.

The Hacienda
We can’t write a blog on landmarks of Manchester music without mentioning the Hacienda. A nightclub and music venue, The Hacienda was financed by Factory Records and members of the band New Order. It rose to fame during the ‘Madchester’ years which eventually made way for the birth of Acid House and made the Hacienda world famous.

At one point a shining beacon of a burgeoning music scene, the club was marred by security issues and the growing drug scene. The Hacienda lost its entertainment licence in 1997 before eventually going bankrupt. The nightclub was demolished in 2002 and replaced by modern flats. A commemorative plaque is all that remains of what was once the centre of the world for many ravers of the late 80s and early 90s.

Artefacts from the Hacienda can be found at the Manchester Science and Industry Museum along with some posters from the height of the club.

Where was the Hacienda?
15 Whitworth St W, Manchester

Music fans will never be bored in Manchester, from its illustrious past to its vibrant present. There’s still plenty to see and do in the city to discover new music. If you’re interested in music, it’s worth reading up on the history of the area and looking deeper into the stories of the Hacienda and the bands that helped put the city on the map.